AtomCentral is committed to helping preserve the documented history of Atomic Bomb testing in the '50s and '60s. Peter Kuran has produced several movies on the topic of Atomic Bomb research and testing. On this site, you will find many galleries containing awesome pictures of atomic explosions.

AtomCentral is a division of Visual Concept Entertainment (VCE), which began in 1982 after founder Peter Kuran finished work as animation supervisor for Industrial Light and Magic (ILM) on George Lucas' The Empire Strikes Back.
Kuran started his career in 1976 working as an animator on the original Star Wars. As an animator on Star Wars, Kuran introduced the concept of animating shadows and interactive light to objects to make them appear more interactive.Since then, Peter and VCE have worked on over 300 theatrical motion pictures including both "Addams Family" films and all three "Robocop" features. VCE work was seen in "Men In Black", "The 6th Day", "Thirteen Days", "A Beautiful Mind," "League of Extraordinary Gentlemen," "X-Men 2," "The Last Samurai" and the latest Jack Reacher Movie starring Tom Cruise.

You will also find information about licensing atomic images and music from many of the movies produced by Peter Kuran. Thanks for visiting, if you have any questions, please don’t hesitate to use our contact form. 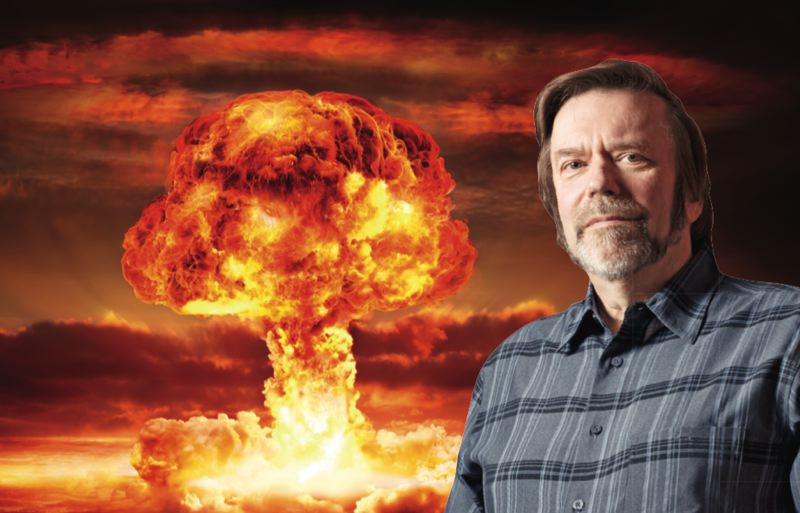 AtomCentral's Peter Kuran has one foot in the entertainment industry and one foot in the secret world of nuclear technology. As a filmmaker, Peter has produced five documentaries on the subject of Atomic history, weapons and testing. Peter produced and directed the award winning film "Trinity and Beyond (the Atomic Bomb Movie)" and since produced "Atomic Filmmakers", "Atomic Journeys", "Nukes in Space" and "Nuclear 911."

Kuran won an Academy Award® in the Scientific and Technical Achievement category for RCI®, a photochemical process he developed to restore original color negatives. This process was a direct result of the research done on restoring color for scenes in "Trinity and Beyond."

Pete also published a book entitled "How To Photograph an Atomic Bomb."

Pete began his career at the age of 19 working as a visual effects animator on the original Star Wars in 1977. After completing work as animation supervisor for Industrial Light and Magic (ILM) on George Lucas' The Empire Strikes Back Pete created Visual Concept Entertainment (VCE), developing it as a leader of visual imaging in motion picture production, licensing, visual effects and image restoration. Pete has worked on the visual effects for over 300 theatrical motion pictures.

AtomCentral is a Division of VCE Films.
© COPYRIGHT 2019. VCE FILMS ALL RIGHTS RESERVED.